We have a son named Daniel and a daughter named Rachael. We have five amazing Grandblessings. Sue Ann my adored has one brother and two sisters. I Have two brothers and one sister and another sister who was a twin unfortunately died when she was just 12 months old.

It’s amazing what you don’t know about people even when you have known them for quite a while isn’t it!  Some people feel they know our family well yet I can tell you what we are really like because I know them all so well.

Most people have at least heard about Jesus – they may have even formed a mental picture in their minds as to what he looked like, what he wore, where he went, where he was born even how he died and for the majority of people out there that’s about it.

To get to know Jesus better check out the gospels – here we have the facts from the people who knew HIM better because they actually lived their human life here on this amazing spinning ball we called earth with Him during the three short years of His ministry.

Most people that I have talked to assume they know Jesus, yet I wonder at their complete lack of knowledge regarding Him. They readily tell me that he was a great teacher or that he came completely from left field, or even that he didn’t exist. Some tell me he was the founder of Christianity some even tell me he was the son of God.

Knowing about Jesus intimately nearly always brings surprises – he is the SURPRISING JESUS.

I think the most surprising thing about Jesus is His complete trust in the Father – He knew he was born to die and die horribly for us – for example if Jesus had died peacefully in his sleep one night them I doubt the impact of the life changing and incredible sacrifice for our sins wouldn’t have had the impact it had on that terrible but beautiful day on Calvary all those years ago.

Do you know the real meaning of the cross? many people wear crosses with no idea what they are adorning the necks with and how the REAL cross saves people even today.

The REAL Jesus can change your life! 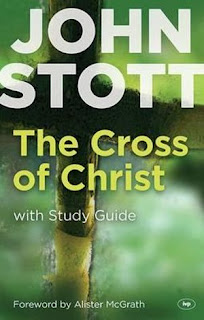 John R W Stott asks in his book THE CROSS OF CHRIST why the cross emerged as the symbol of Christ? Why did the early Christians not choose a crib where he was born, or a boat where he preached, or towels with which he washed dirty feet, or the stone rolled away from the tomb where he rose?

Stott goes on to say that while Jesus’ birth and life and preaching are all so vital – It’s his crucifixion and resurrection that are absolutely central to really knowing him.

I truly believe at his death on Calvary and that last cry IT IS FINISHED was a shout of victory not a cry of resignation – Jesus had finished the work he was destined to fulfil.

The Father’s will was completed – Jesus had paid the price for you and me to know Him fully. It is really really sad that many people don’t grab hold of the incredible truth and apply it to their own lives – if they did they would notice a HUGE change

The resurrection of Jesus of course is the very climax of the life of Jesus and being raised he is again with the Father, It is really THE most important event in the history of world,

One amazing day the heavens will open wide like a huge scroll and then everyone who has gotten to know Him not just on paper but intimately known Jesus and invited Him into their hearts to rule their lives will be caught up to meet Him – an amazing event indeed.

Jesus came to earth to save sinners like you and me. If you are one of those people who couldn’t care less about what happened 2019 years ago then I urge you to take a bigger and better look at who Jesus really is then sit down and really think about what you have learnt – it could have wonderful unimaginable or disastrous consequences of your life.

Once we are dead it is far too late to come back – there really are no second chances after that but let me tell you this one important fact about Jesus – he died for your sins. The sins you committed before you knew him, the sins you have committed since knowing him and even the sins you will commit in the future,

All you have to do is come before the Lord, confess your sins – ask Him to rule your life and to truly repent asking him to forgive you.

Once we have given our lives to Him – then His very spirit will come in and take up residence in your life, then when you do mess up he His spirit will prompt you to come back ask forgiveness again – it really is that simple.

It is really simple but is THE biggest decision I made such a long time ago. Did I ever mess up since making that decision? Of course I did and still do BUT the most amazing part is that God in his mercy and because of what Jesus did on that cross is so willing to forgive me.

Of course it doesn’t mean that I can live my doing exactly what I want and when I want to do it – my whole demeanor changed that day and I really want to live for Jesus. He always ALWAYS prompts me and helps me to confess and restart when I mess up.

Come to Him today.