Home › INSPIRATIONAL ARTICLES › The Return of the King

The Return of the King

Loved the Lord of the Rings – The Return of the KING!!

WOW!!! Gives me chills – the return of the king saw the gruesome end of Saruman the once great powerful wizard and finally corrupted by his desire to own THE ring.

The end of the trolls those horrible and nasty protectors all out to receive THE ring and so it goes on.

So what does a king do to those who rebel against him.

In days gone by and history records it vividly there was no going back once you were labelled a traitor to the King – there was no hope for you – none whatever. 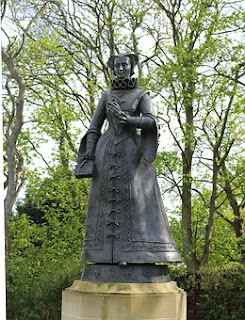 Why on the 8th February 1587 Queen Elizabeth 1 executed her cousin Mary Queen of Scots and this year marks the 432nd anniversary of that dreaded time. Bad and cruel times indeed all in the name of power, intrigue, lies and mayhem. It took three whacks with the axe to finally decapitate the young Queen of Scots. I trust Elizabeth could rest easy after that.

If you were labelled a traitor as was the beleaguered Mary, you were imprisoned, tortured and finally executed in the most abhorrent ways ever thought of by a human mind.

Kings have been named and famed for years and years – cities and countries lost and gained throughout history by wayward kings and queens – overthrowing their enemies left and right to gain the power of the King/Queen.

But God has named His king: Jesus Christ Himself. Those who continue in rebellion against King Jesus have another fate in store which we will discuss a little later on.

Jesus as King gave His life so that we didn’t have to – His love was far greater, more far reaching, more immense than anything that we have encountered. His love was SO great that he died to make us alive.

Jesus was labelled a traitor, a rebel, a blasphemer and a rabble rouser. He was tortured and nailed to a cross to die in abject horror and excruciating pain. He was mocked and scourged, flogged and ridiculed yet he did it for us anyway.

Christians and believers are treated with a growing pessimism and yes even hatred – Christians have been hounded over the centuries and today it seems to be getting worse with more and more countries bowing to the lies of the enemy in the name of tolerance – all very sad because so many even in our own families giving into the watering down of the faith that saved them originally.

Many strange and wayward thinking contradicting the Bible has surfaced and re-surfaced again and again ad-nauseum. Many today don’t believe that Jesus rose from the dead as foretold many times in the old testament – many years before Jesus came and died for us.

Many refuse to believe in hell! A place described again and again as the place where all non-believers and haters of God are going to end up for eternity. It’s so easy to live life in your own little world if you believe you are just going to die and that’s that. Jesus Himself talks about an eternity without Him.  Mark 9:43.

The latest I have personally heard is that many Christians believe that evangelising is wrong – so much for Jesus saying “Go into all the world and preach the Gospel”  Mark 16:15.

There are still many who believe in rituals to come to Jesus – eg You must do certain things you must go certain places, you must eat certain foods on certain days, you must bow down to statues and keep lots of rules and regulations and if you don’t Jesus will turn His back on you

So you can see that there are many falsehood surrounding Christianity and many believe that the Bible is a myth and Jesus never came at all.

Whatever the reasons many reject Jesus, their rejection according to the Word of God will have disastrous effects and eternal consequences.

This in Acts 4:12 Jesus is the only name under heaven by which men and women can be saved ie Jesus is the ONLY way – there is no other.

Then again Matthew 25:30 which I will let you read for yourself describes utter anguish for those who reject Him and it’s for eternity!

Honestly!! If you feel like you have blown it with Jesus – If you feel you are just TOO far gone and nothing you can do will make God love you and forgive you, then I have great news for you and there is still great hope for you right now even as you may be reading this blog.

No matter what you have done you can’t erase His love and what Jesus did for you on Calvary all those years ago.

Ask His forgiveness today, repent of your past and be washed clean through the very sacrifice of Jesus who paid for your sins in the past, right now and in the future.

Yes! we all fail – we will never be perfect until Jesus comes again BUT he has left us an amazing legacy of continuing forgiveness and repentance. 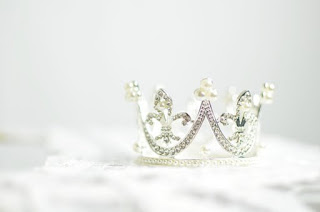 AND YES!!! Jesus is COMING AGAIN – Yes! Our King is coming back.

Are you ready for Him or are you going to be left behind to face the consequences?

God bless you this week as you consider just where you stand with Jesus.

Like Loading...
49
SHARES
ShareTweet
Pin ItDiggLinkedinRedditStumbleuponPrintBufferPocketTumblrMailYummlyFlipboard
‹ Democrats Block Protection Against Infanticide-Why?
Can you slip through His hands? ›