2018 hasn’t been the best year for us personally down here in Australia – We  have had a tough year – it seems we have lurched from one crisis to another.

Recently, after recovering from a scam that would have been devastating financially we were then hot with the news that our youngest grandblessing is suffering from a mild form of epilepsy called Absence Seizures.
It means she has to undergo a battery of tests just to make sure that everything is OK and that there is no underlying serious condition that needs addressing. A worrying time for all. 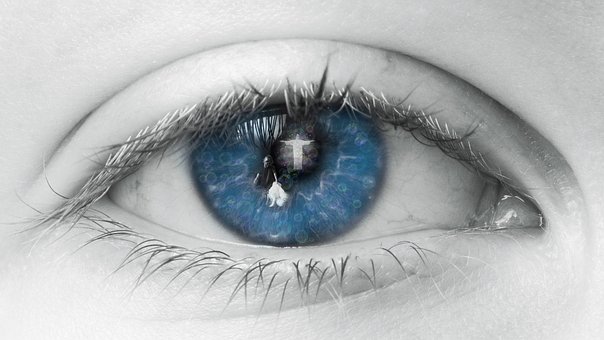 Then we had the phone call that sort of tested out faith and our well being.
A friend of mine whom had I thought was pretty close and who had contacted me six months prior and confided that he was suffering from a mental illness, phoned me again and wanted to meet up for a coffee.
It was during this meeting that he told me that my sense of humour and my personality traits were the two main reasons triggering his mental problems and it would be best if I changed to suit his condition or else we would have to terminate our friendship.
As you can imaging I was pretty shocked and disappointed – he also told me that he was terminating the friendship of a member of his family for something that happened 20 years prior and for very similar reasons.
He was pretty stark and REALLY harsh in his condemnation of me and through the conversation (if you could call it that – it was pretty one-sided) I could feel my heart beating faster and my anger rising in my throat as he accused me over and over of the things that happened in our friendship that had triggered his illness. He also attacked my faith in God.
But alas that wasn’t all – I was then faced with fall-out from a family incident that has driven doubt and a would-be wedge between my siblings that could see us all floundering around trying to take sides!!
What do we do when our world is suddenly shattered and people try hard to bring you down – How do we react when MEANNESS rules and keeps getting fueled by more and more anger which seemingly knows no end.
Well something inside of me wanted REVENGE with a capital “R.” I wanted so much to defend myself and to tell the aggressors just where to get off! I wanted so badly to be mean back to them in  a BIG way.
The thing is Jesus in His amazing wisdom can override our human instincts to attack and keep on attacking! God is SO much bigger than our desire for revenge – He is actually CONTAGIOUS in His love.
In return for His contagious love – he makes our attitudes also contagious!
This is something that I am still coming to terms with even though I am getting older and older – Contagious attitudes can quickly spread to others around you – I could have so easily had two GIGANTIC arguments just in the last two weeks alone – I am certainly praising God that His contagious love stopped me from doing just that.
On saying all that – does this mean that we become ‘doormats’ for everyone to walk over at their will? Not at all!!
BUT we definitely don’t have to take their attitudes onto us. We don’t have to use their way of ‘fighting’ and adopt it as ours. Our GOD is so much bigger than man’s attitudes.
Without God our attitudes can be so contagious. Meanness breeds meanness – hostility breeds hostility – revenge breeds revenge. Oh what a sorry world we live in! BUT…..
With God our very attitude can be ruled by Him. God’s graciousness and Mercy can overrule our desire for revenge and retribution.
Let’s be grace-filled by the very mercy of God – and if really nasty and vindictive people don’t want to and are so very negative and mean towards you to accept that then there MUST come a point in time when you HAVE to walk away.
There are so many positive people who love Jesus like you do and there are also so many needful projects in this flawed world that really do require our love, kindness and compassion that we should be focusing our efforts there to the very glory of God.
So not only are bad faults contagious and if we spend long enough with mean and distrustful people there is a real possibility we will catch their negativeness BUT on saying that the opposite is more than true!
God Himself is contagious!
If we let His grace, mercy, truth and love into our lives then can be spread about to all we meet – it’s in our faces and in our lives just who we belong to.
So let’s choose God – HE’S CONTAGIOUS!