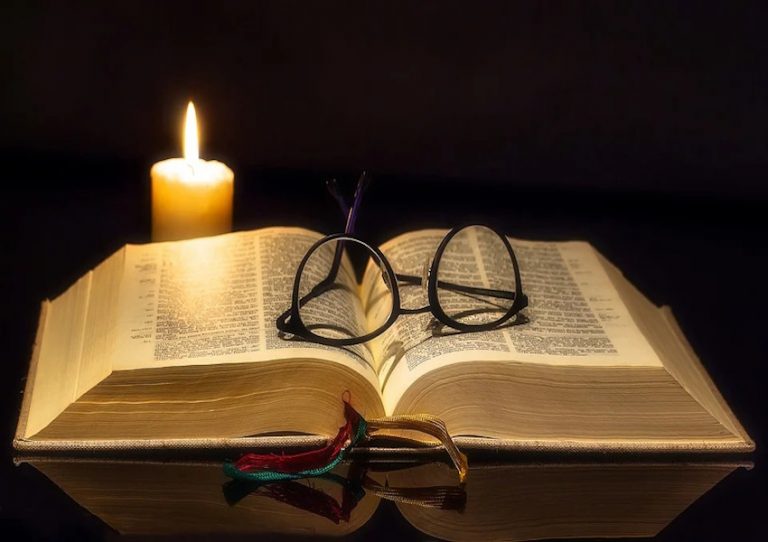 The Bible is inerrant, all-sufficient, and inspired of God, without mixture of error, and preserved through the ages

“Then He spoke to them a parable: ‘Look at the fig tree, and all the trees. When they are already budding, you see and know for yourselves that summer is now near. So, you also, when you see these things happening, know that the kingdom of God is near. Assuredly, I say to you, this generation will by no means pass away until all things take place. Heaven and earth will pass away, but My words will no means pass away.”

“ The authority of the Holy Scriptures, for which it ought to be believed and obeyed, depends not upon the testimony of any man or church, but wholly upon God, Who is Truth Himself, the Author thereof, and therefore it is to be received, because it is the Word of God” (John 17:17; 1 Thessalonians 2:13; 2 Timothy 3:16; 2 Peter 1:21; Galatians 1:21).

Of the Holy Scripture: The Westminster Confession of Faith, Chapter 1, Part 4

The Scriptures were never meant to be seen or understood as a mysterious combination of symbols, mystic terms, continual demonstrations of supernatural events, or matters of what someone believes it to mean and not moving from that point of view. We are not to look at a passage of the Bible and then ask oneself, “What does this mean to me?” and not consider that we may be taking a section of God’s Word out of context to suit a personal conviction or prove an argument that really does not have any foundation save for self-approved opinion. It is this type of viewpoint that breeds cults and false religions, using the Bible as a tool of manipulation rather than the Divine source of truth, comfort, mercy, and grace of the Lord God Almighty.

When the apostle Paul instructed the Romans to “renew their minds” (Romans 12:2), he was saying to them that in order for them to strengthen their faith in Christ, they needed to leave their old pagan conceptions of divinity behind them and turn towards the teaching of sound doctrine based on available Scriptures. It is in the Scriptures alone that we have the full and sufficient portrait of God as it pertains to the plan of redemption, salvation, and how one is to act and think as a follower of Christ. Paul emphasized the need for study and instruction, as did the apostles and prophets before them. Our Lord demonstrated this when he read and gave the clear meaning of the prophet Isaiah describing the purpose and mission of the Messiah (Luke 4:17-21).

The technical term for the study of Scripture and its interpretation is hermeneutics. The man of God who has been called to preach the Word cannot afford to approach such a sacred task with self-imposed ideas and confidence that he will be able to know all that there is about the deep treasures that make up God’s Holy Word. There is never a limit on the riches and insight that the Bible gives to us when we approach it as not merely a book of religious ideals, but as the Scriptures define themselves. They are inerrant, all-sufficient, and inspired of God, without mixture of error, and preserved through the ages.

The Holy Spirit is the Author of the Word, and used people as His instrument of writing, yet allowing the uniqueness of each individual to put the words down that show a personal touch and reverence for the task given to them. This definition of inspiration as it applies to Biblical interpretation is known as plenary-verbal. Over the centuries, some of the Early Church Fathers used two primary methods of interpreting and teaching Scripture, that of allegory, which was to read Scripture as a series of symbolic meanings and interpreting stories and messages that were not based on the actual incident or plain meaning, but individual “word pictures” that one saw in the Scriptures. The real danger in such a method is that you could make what you read whatever you wanted it to mean and miss the actual teaching or truth. Unfortunately, this style of interpretation still goes on and is often used by false teachers on unsuspecting and biblically illiterate individuals.

The only reliable and established method of biblical interpretation that presents the reading and teaching of Scripture as literal, historical, and factual, with symbolic language a clear and unmistakable reference to a person, nation, or prophecy is the grammatical-historical method. It seeks the plain sense of Scripture, and nothing else. It lets Scripture interpret Scripture, with all of it being a collective whole in its central message. The Scriptures are the definite and complete plan of redemption and that of the creation from sin and wickedness by the sovereign, merciful, grace of God Almighty through the finished work of Jesus Christ on the cross. Scripture is the final and absolute decree of God and is fixed for all time. Nothing else needs to be added.

In light of the prophecies that Jesus has presented to His followers on the Mount of Olives, he is not only giving them a foretaste of future events, but also a lesson in mercy, sovereign grace, and being a participant in the foreordained and secure victory that Jesus will bring to this world and the promise that all things will be made new. The prophetic word of God is a source of true comfort and assurance to those of us who have surrendered to His leadership. Prophecy shows us that history and civilization is an orderly system of events with a central meaning, purpose, and conclusion and not a collection of blind chance or randomness.

I want to bring attention to Luke 21:29-33 considering what has been presented, using the “Fig tree” passage as an example of interpretation of an alleged “sign” of the Second Coming.

The most popular and accepted meaning of the “fig tree” used by many prophecy teachers as it pertains to this passage is that it represents the rebirth of the nation of Israel in 1948, and we are the “fig tree” generation that will see the coming of the Lord Jesus Christ. Scripture tells us that Israel would arise and be made alive as a nation, as seen in the vision of the Valley of Dry Bones (Ezekiel 37). Historians and social scientists have been known to observe that any people group removed from their lands and national character will lose any sense of common identity, culture, and language within a span of three hundred years or less. That society will cease to exist.

Look at the Jews as an exception. Since they were scattered throughout the civilized world after the fall of Jerusalem and the destruction of Judea in A.D. 70, they have kept their customs, language, culture, religion, and sense of national identity intact. They have endured centuries of persecution, prejudice, slander, hatred, and hardships, yet are still present among us. God has not forgotten or abandoned them and will open their eyes to the fact that they are still His chosen and “the apple of His eye”. This alone is a sharp rebuke of any theological teachings that say otherwise. Bible scholars such as William MacDonald, who is the general editor of The Believer’s Bible Commentary, and Dr. John Walvoord, co-editor of the two -volume Bible Knowledge Commentary, are in agreement that the “fig tree” symbolizes the rebirth of Israel in the last days, and of the soon return of Jesus Christ. In reading prophetic works from experts such as Dr. Mark Hitchcock, Hal Lindsey, Zola Levitt, J. Dwight Pentecost, Ron Rhodes, and Charles Swindoll, this interpretation is found to be the most acceptable.

Other godly men who have taught Bible prophecy have come to a similar conclusion in terms of the trees as a sign of the end times, but will say that the illustration of the trees by the Lord Jesus is one of obviousness as to the progression of God’s plans. Dr. John MacArthur, in his multi-volume commentary on Luke, tells us:

“Fig trees, like all the rest of the trees, put forth their leaves in the spring. Everyone understands the obvious reality that the budding of spring indicate that summer is near. The Lord’s point is that events in the present can anticipate what will happen in the future.” (The MacArthur Bible Commentary: Luke 18-24, p.243).

There is nothing wrong with this interpretation. It is only a more practical observation of the fact that all things are in order according to the Sovereign will of God and will come to pass for His grace and glory. That is the underlying objective of prophecy. It is God’s game plan that has already been declared victorious and final. We who are His are in on the plan and not to fear or have anxiety over what we witness in the world today.

Jesus told His followers that there would be a “generation” on the earth at that time who would see all these things come to pass. Various Bible scholars, teachers, and commentators have wrestled with this term and its application as to the end times. Dr. MacArthur writes:

“It is best to understand that the generation of which Jesus spoke to be the one that will be alive when the signs come to pass. Just as the appearing of leaves on the tree indicates that summer is near, so also will those signs reveal to that generation that the coming of the Son of Man to establish the earthly, millennial kingdom of God is near. That also answers the disciple’s questions that prompted the Lord’s discourse. Christ’s return will come soon after the appearance of the final signs.” (Luke: Chapters 18-24, p.247).

In my research, I have come to this conclusion as being the most sound and logical in matters of interpretation, as well as another reason to watch with keen expectation for His arrival. Stay close to Him in the meantime, be obedient, study His word, be ready to give a defense of why you believe in the assuredness of this “Blessed Hope”, and be ready.

Donald was born and reared in the authentic Cajun country of south Louisiana. He is a 1978 graduate of LaGrange High School in Lake Charles. He is also a graduate of Louisiana College (B.A. in History Education, 1984), New Orleans Baptist Theological Seminary (M.Div., 1994) and Andersonville Theological Seminary (Doctor of Ministry, 2000). He is an ACPE Certified Chaplain with training in Trauma/ER, NICU, and Psychiatric Pastoral Care from the McFarland Institute in New Orleans (2003). He has over thirty years of ministry service, which concluded when he was called to serve as pastor of Meadowbrook Baptist Church in Muskogee, Oklahoma from 2017-2018. Due to health concerns, he retired from public ministry in 2020 and now devotes his time to internet evangelism through the writing of Bible studies, sermons, and articles on current issues for varied Christian webpages and ministries. He is a regular contributor to sites such as Rapture Ready and Sermon Central as well as Inspirational Christian Blogs. He and his wife Cathy are both active members of Eastern Heights Baptist Church in Muskogee. Don will often serve as a panel member of the Gospel Rescue Mission Pastor’s Round Table Broadcast, shown monthly on the mission’s Facebook page as his health allows. He has a personal evangelistic blog as well and can be contacted at his Email address.

Like Loading...
248
SHARES
ShareTweet
Pin ItDiggLinkedinRedditStumbleuponPrintBufferPocketTumblrMailYummlyFlipboard
‹ Contradictions and Absurdities We Live with in America – Including a Faux President
The Gospel According to Luke: An Exposition, Part 63 – Luke 22: 14-23: “The Last Passover and the Coming Darkness” ›

Categories: BIBLE STUDY, THE WORD OF GOD FOR TODAY