Home › INSPIRATIONAL ARTICLES › No matter how deep the wound is

No matter how deep the wound is

Wow! when I look back on my past (which is something I really try not to do) in lots of ways my childhood and teenage years were fraught with anxiety, confusion and a load of guilt that was often unbearable. 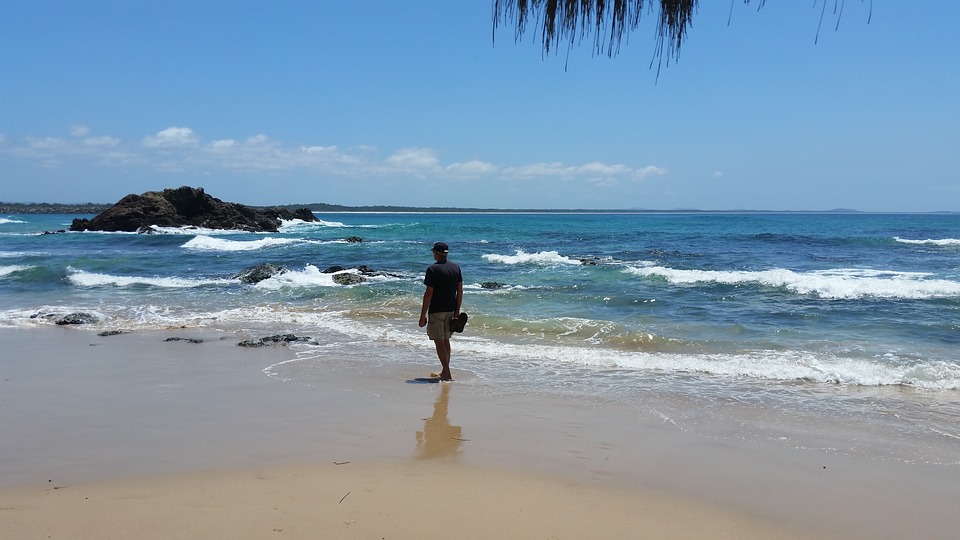 I had heaps of struggling times but through it all I reckon I have come out of it a better person thanks to the one who was my Saviour and Lord – only through the spilled blood of Jesus can I stand firmly today and proclaim that no matter what happens in the future I just know that God is with me 100% and even when I stuff it up I know He has my back and He will not let me fall away.
I had a pretty strict childhood with a dad obsessed with singing and cricket – and anything that got in the way of that……well it just wasn’t worth even considering in his eyes. He was blessed with a magnificent voice that I grant and he did sing around a lot with choirs and solos and all sorts of gigs but only in churches and he maintained that he used his voice for God – which was amazing I must admit.
Going through and visiting all of these churches when I was a little tyke actually stood me in good stead spiritually I feel,  because it was there I actually heard a lot about Christianity and what it actually meant to be a Christian and I reckon it was a good grounding in what was eventually going to be my future life as it panned out. God has his plans.
All through this time there was a nagging question in my life and that was – there has to be more?
There has to be more than just going to church and going through traditions – singing – going to Sunday school and me just ‘being good’.  In my mind there had to be more than that!
As I was feeling this way there was also the nagging question in my mind and hanging over me all the time and that was “I’m just not good enough to be a follower of Jesus”.
Yes! I went through the motions of being a Christian. I could talk the talk with the best of them – I was great a putting on face and hiding my true feelings. In fact all of our family was and a lot of them still are unfortunately.
Being a Christian is far more than fronting up to church on Sunday – it is far more than direct depositing your ‘tithe’ each week or slaving your guts out working ‘for the church’ in some capacity that you really don’t feel very comfortable in.
Yes! we can do all of that and feeling like we have to ‘do’ something to somehow earn your right to be called a ‘Christian’.
I was a classic victim of religiosity – you know – that feeling of trying so hard to be good – doing the ‘right’ thing and being seen by others to be doing the right thing.  Which is fine on Sundays but living like that really has no depth and things just revert back to where they usually are through the week.
In lots of ways that’s exactly where I was growing up! It was hard and as I discussed in a previous blog things hit the fan big time when I was thirteen.  Doctors and counselors now tell me that thirteen probably is THE WORST time trauma can hit a person, The brain of a thirteen year old is just on the grow emotionally and if a huge trauma comes along it is like a volcano eruption in the brain which can can have disastrous effects that can last a life time.
Putting all that aside God through his amazing grace spoke to my heart big time. He saved me and made me realise no matter how many times I thought I was garbage, through His grace, the cross of Jesus and in His eyes I am actually perfect.
The very day you came to Christ – you became a brand new person and took on a whole new persona never to be the same again. God sees you through the very person of Jesus the one who took the nails for you – the very one who rose from the dead and defeated death. We can have victory through him regardless of our past.
No matter how many wounds and scars we have – no matter who we have slept with in the past – no matter what we have done or where we have been – no matter how many times we have messed up we ARE brand new and we will remain BRAND NEW for eternity.
The evil one – our enemy satan will try so hard to tell us we are unworthy – that we have ‘stuffed it up again’ – that we are anything but forgiven and washed clean by Jesus BUT nothing can take the shine off our new life as far as God is concerned. Satan will also try to put as many obstacles in our paths to try to dissuade us that God is not real and even if He was you will have no part in His promises.
I can tell you from experience that satan is the father of lies and he will try to make your life absolutely miserable because he knows that he can do nothing about your eternal life with Jesus and what you have done in coming to Christ and calling on His name.
So the upshot of it all is that no matter what life throws at us the real truth of the matter is that the cross of Jesus, His sacrifice for us has really made us clean beyond measure. No matter how deep the wound is as Mercy Me’s song FLAWLESS explains so well.
Google the song for yourself – it’s there on youtube and it really does spell it out so plainly – that Jesus died and the grace of God is so amazing that we can be washed clean and that when we stand before God for real He will see us as “Flawless”.